This year we will do a series of posts introducing you to the members of the Academic Services Team. This time it is the Graduate Trainee in Information Services.

Hello, I’m Kieran and I am the one and only Graduate Trainee in Information Services during the academic year 2012-2013, following in the footsteps of my predecessors Adam Murlewski and Patrick Glaister. 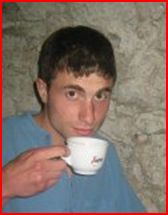 In the summer of 2011, I graduated from Aberystwyth with a degree in English Literature. Prior to this, I worked at the University as a note-taker, and had also worked in a public library for a few years.

I decided to apply for the role of a graduate trainee in the hope of gaining valuable experience. My role here is widely varied and involves working in four teams including Academic Services. As a trainee, I am learning how Academic Services works alongside these other teams in order to produce a coherent library and information service.

I enjoy working with the friendly people here in the library, and especially enjoy helping customers and interacting with the staff and students that pass through.

Whilst I am not working for the University, I enjoy playing music, cycling, and partaking in the odd yoga class. I also play bass guitar in a sixties style band when I get the chance.