Important: let us know what you need digitised

If your Aspire module reading list(s) contains chapters of books or journal articles that you want to appear in digitised form on BlackBoard you must add the phrase “Please Digitise” in the Note for library field. 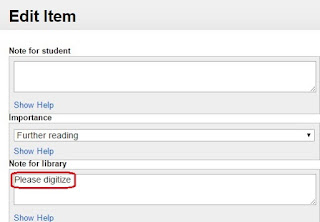 If you have any questions please contact the Academic Engagement librarians acastaff@aber.ac.uk / (0197062)1896.
Posted by acastaff at 16:50 No comments: 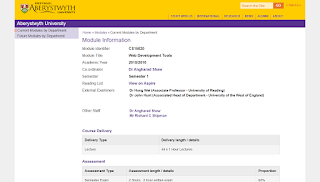 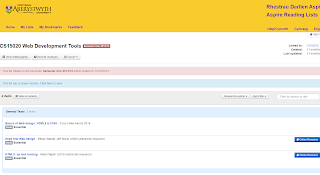 N.B. If you are choosing modules for the next academic year, remember to check on the Modules Information page that the module you are interested in is running next year.

Posted by acastaff at 12:46 No comments:

Boost your employability with our Keynote trial

There is currently a trial to Keynote until the 6th April 2016.  This database is a great resource for all students across all disciplines.  It’s easy to navigate and allows students to research potential employers before interviews.


·         Current issues that may impact on future employer/market place


·         Relevant for all students’ employability across the University.

Posted by acastaff at 12:13 No comments:

Published on 11 February 2016, this independent review of recent progress in the Open Access publications market "Open Access to Research Publications: Independent Advice", commissioned by the UK Government and authored by Adam Tickell, Vice-Principal of the University of Birmingham, summarises the current position on Open Access and makes recommendations as follows:

i) The UK Government should continue supporting the Gold Open Access model but should note that few research funding bodies internationally have an explicit preference for the Gold model and that the vast majority of funders support Green OA, with flexibility for authors to publish via Gold if they wish and have the funds available.

ii) Business models for Open Access journals publishing have proved less responsive to market pressures than envisaged and costs continue to rise, with there being a ‘consistent and sharp’ increase in the average cost of purchasing Gold Open Access papers and corresponding falls in subscription costs not being commensurate. The costs of driving a strong preference for Gold OA could rise from £33m in 2014 to between £40-£83m by 2020, with around three-quarters of this rise being due to inflation of OA Article Processing Charges in hybrid subscription/open access titles

iii) Whereas the UK is widely recognised as being the leading nation in the Open Access and Open Data movements, the journal publications market has a global reach. As such, UK Open Access policy developments must be considered in light of international approaches and preferences.

iv) That all UK universities should sign up to the San Francisco Declaration on Research Assessment (DORA) at http://www.ascb.org/dora/ to ensure that the pressures of research quality assessment (e.g. REF) do not place too much inflationary pressure on the Gold Open Access market.

v) That the UK Open Access Coordination Group should support the development of agreed service standards around Gold Open Access, in recognition of concerns about poor service and market response from some publishers.  To support this objective, the Group should convene an Efficiency Forum sub-group to look at OA market operation, a Repositories sub-group to ensure continuing inter-operability between UK repositories, and an OA Monographs sub-group to develop policies for open access in the book market.

vi) Open Access to research data has developed more slowly than for research publications. The Concordat on Open Research Data will be finalised in early 2016, and while there are major scientific and public good advantages in pursuing open research data, the cost implications surrounding the distribution of such data to the commercial sector are not yet fully understood.

Jo Johnson, as Minister for Universities and Science, has welcomed the report and backed future efforts in making OA/subscription off-setting arrangements more economic
for the academic and research sectors.   A further progress report has been requested by the end of 2017.

Posted by acastaff at 14:01 No comments: